Many Ph.D. students feel that their degree will be their main qualification when they enter the non-academic job market, but having relevant job experience is just as important in setting yourself apart from other applicants. Come hear from fellow UCSB graduate students (in both STEM and SHEF disciplines) who have successfully completed internships during their time in graduate school and receive advice on how to make time for an internship, how to apply, and how to get the most out of your experience. We will also be discussing the 2020 Graduate Student Internship Fellowship! 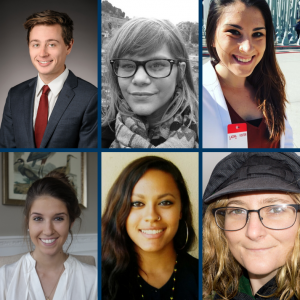 Making Your Career Your Way

From the South Pole to Congress, from academia to philanthropy, and from astrophysics to neuroscience, Dr. Chris Martin has bounced around the world putting his UCSB PhD to good use and learning new things every step of the way. Whether you come to hear about how bills really become laws, or how the U.S. BRAIN Initiative was started, come join us and learn how you too can do unexpected and exciting things with your own career. Free lunch will be provided! 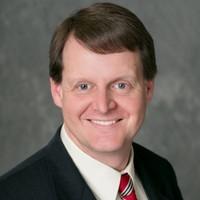 Chris Martin is Assoc. Vice President for Operations and Sr. Science Officer at The Kavli Foundation, where he has been a Science Program Officer since 2013. He leads the Foundation’s interactions with its 20 endowed Kavli Institutes around the world in the fields of Theoretical Physics, Astrophysics, Nanoscience, and Neuroscience and builds catalytic opportunities to advance scientific research and funding, such as the U.S. BRAIN Initiative. Dr. Martin’s interests span the continuum from physics to public policy. Prior to joining the Foundation, he was a professor of physics and astronomy at Oberlin College (2004-2013). During his tenure at Oberlin, he spent a year as an American Association for the Advancement of Science Congressional Fellow with the United States Senate Committee on Commerce, Science, and Transportation and was involved in the America COMPETES Reauthorization Act of 2010, space policy, nanotechnology, and the federal funding of science research. Dr. Martin completed his Ph.D. in theoretical physics at the University of California Santa Barbara in 1999.

Come learn about opportunities funded by the Individualized Professional​ Skills (IPS) Grant Program at the February Meet & Eat. You’ll hear from students in Biomolecular Science, Global Studies, Materials, and History about how they used their grant money to pursue a variety of external professional development opportunities. We’ll bring the food, you bring your curiosity and questions!

Connecting at Conferences: How to Make an Impact

Conferences are a great way to meet new people and strengthen existing relationships. However, many people don’t have the opportunity to practice fundamental networking skills before an event. During this interactive workshop, you will learn about effective small talk techniques and how to craft short engaging stories. Don’t miss this chance to practice essential techniques and make the most out of your next conference. 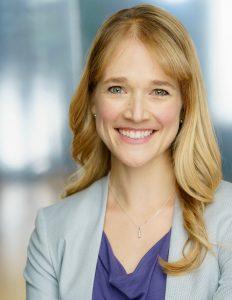 Bri McWhorter, MFA, is the founder and CEO of Activate to Captivate, where she teaches communication techniques from an actor’s point of view. She specializes in public speaking, scientific communications, interpersonal skills and interview techniques. She has developed various workshops and programs that help universities expand their professional development training. Beyond working with academics, she is a presentation coach for TEDx events, educational non-profits, and various corporations.

Sixty-three percent of employers use LinkedIn as part of their hiring process, from recruiting and networking to ensuring that a potential hire is a good fit for the company. If you are considering entering the job market any time soon, a complete and compelling LinkedIn profile is a must-have. Come learn how to maximize this tool in order to look for jobs, network with potential employers, and connect with others in the professional domain. Note: please bring your laptop to the workshop in order to access or create your LinkedIn profile. 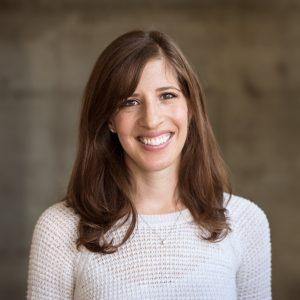 Lana Smith-Hale, LCSW, is a career counselor for graduate students at UCSB. Her background is in counseling, with extensive and varied experience in a multitude of industries. It is with this knowledge of different working environments and a deep understanding of career issues facing graduate students that Lana strives to give meaningful insights, helpful tools, and instill an understanding of how to find career satisfaction post-grad life.